A fearless and stylish icon, once a princess, is our QUEEN SHEVA of today. The very chic Diane von Fürstenberg. 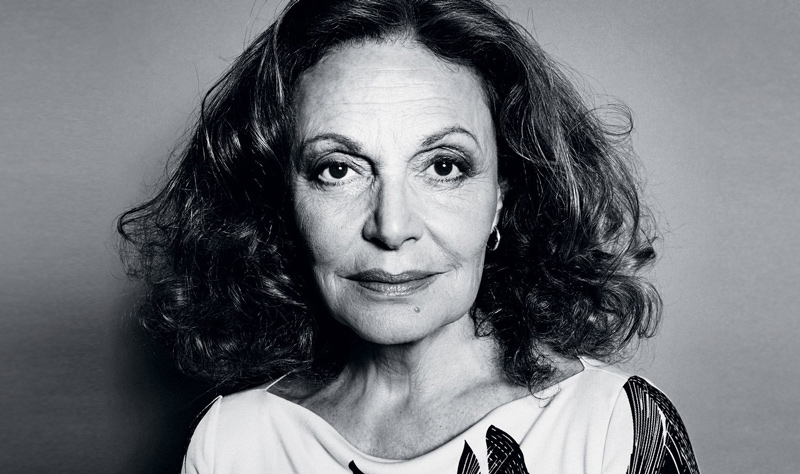 Born in Belgium in 1946 to a Romanian father and a Jewish-Greek mother, Diane grew up believing in herself. Her mother, a Holocaust survivor, taught her that “fear is not an option”.

Her real passion was books and literature. Thinking that people who liked books had only one option as a career, a librarian, she searched for something else. She got involved in fashion because she started to work for an Italian manufacturer who made jerseys and had a printing plant. We believe that was the backbone of what she would invent later on.

She went on to “invent” the iconic wrap-dress we all recognize today. The “quotation marks” are there because she has stated that she didn’t really invent the wrap-dress since it is the most fundamental shape like a kimono, the toga, the dress that has no button and no zipper. What made her wrap-dress iconic was that she did it in the jersey fabric. And because it was with that fabric, the dress sculpted the body and took the shape of a woman. Plus, she used prints, which gave some sort of feline power to the women who wore it. She went on to sell millions, in just the first couple of years, and appear on the covers of countless magazines and newspapers. 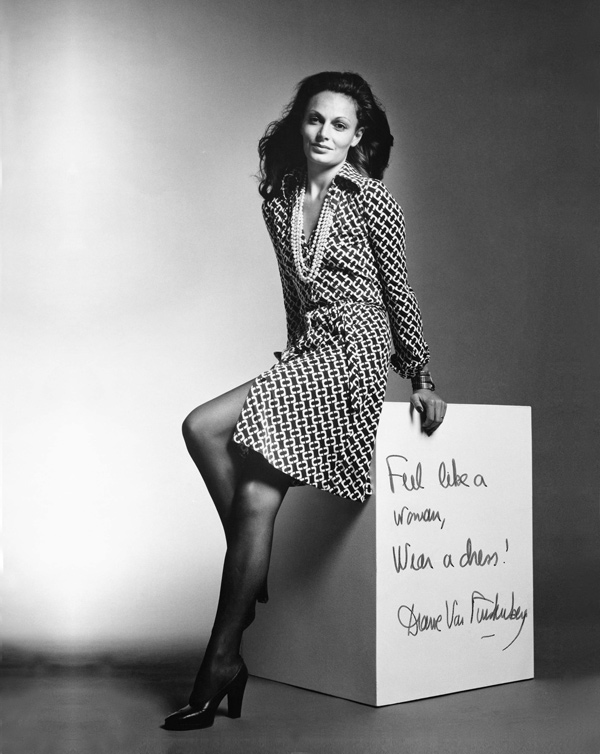 The two things that inspire her are nature and women. Her inspiration makes her love to make women feel great, confident, strong, and beautiful. Her goal in life is to empower women.

That is why, her philanthropic career is dedicated to mostly women. In 2010 she established the DVF Awards to support female leaders. And she sits on the board of Vital Voices, an organization that helps women leaders around the world.  Also, Diane is the director of The Diller – von Fürstenberg Family Foundation, a private foundation that provides support to nonprofit organizations in Education, Human Rights, Arts, Health, Community Building, and the Environment. Through the foundation, she’s been a big supporter of different community building projects from New York to Belgium.

A woman with a mission to make sure women reach their full potential, fits right in with our belief system here at SHEVA. Diane is a QUEEN like no other.

And just FYI, Google Glass made it’s debut in the fashion industry on DVF’s runway in 2014.