This Wednesday’s Queen Sheva is most definitely worthy of the title during Lube Week. Outspoken, unapologetic and most importantly, always willing to challenge taboos (and most likely make you feel very uncomfortable while doing so), Sarah Silverman is using her satirical comedy to make women’s issues much more open, and thankfully, much less awkward. 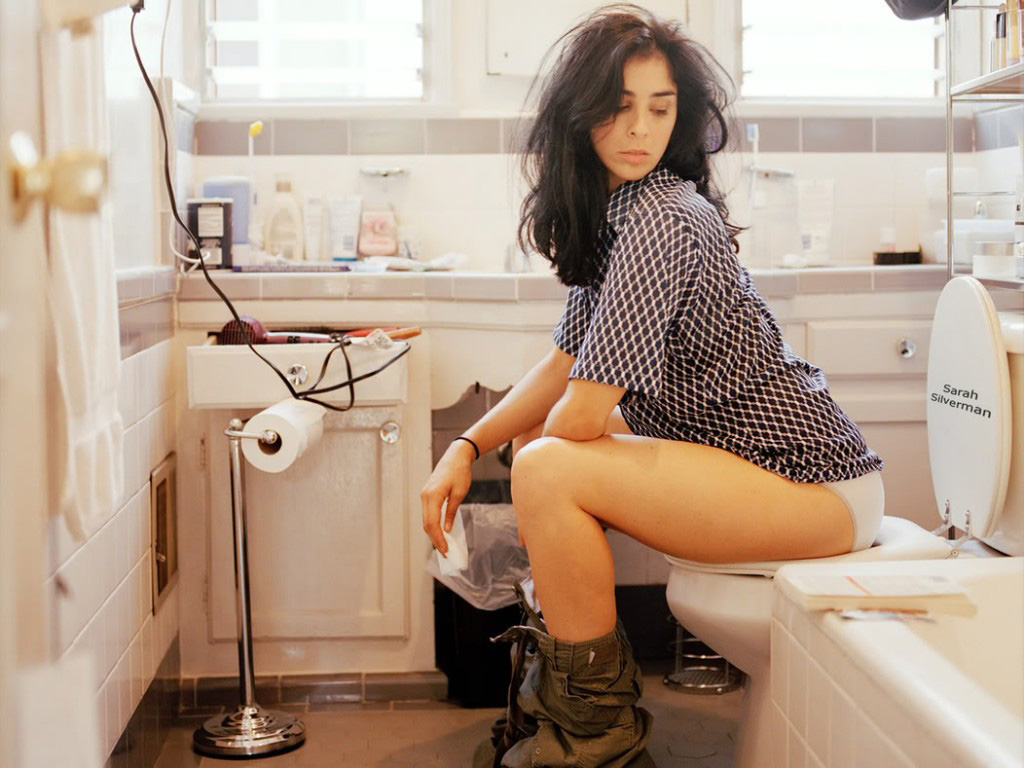 Born in New Hampshire, Silverman performed stand-up comedy for the very first time when she was 17 years old. Although she describes her performance as “awful”, she would later drop out of NYU in order to pursue a career in comedy. Silverman eventually got a job as a writer for Saturday Night Live and slowly began to gain fame by appearing in several TV shows and movies, like Seinfeld and There’s Something About Mary, although they were mostly minor roles.

In 2007, Silverman got her big break when her sitcom, The Sarah Silverman Program, debuted on Comedy Central. She continues to do stand-up comedy and constantly stars in several TV shows like Louie and The Good Wife. But perhaps she is mostly known for her disregard for any social norms. Silverman’s satire intends to make fun of topics that are not usually discussed, like bedwetting, awkward sex and abortion. In one stand-up show, whilst discussing anal sex, she laughed, “He’s, like, trying to sell me on it being “natural”. I’m like, “Um, first of all – doody comes out of there, ok? And second of all – fucking doody comes out of there.” I don’t need two reasons when doody’s involved.”

Although many of her jokes are highly controversial, like her Rape Prevention Tips, Silverman’s comedy is the voice to many female issues that are often silenced. Many might not like it, but they can’t deny that finally, someone is speaking up. And because it’s Lube Week, we’re glad to showcase the women that are willing to discuss even the most cringeworthy topics.

3 facts you might not have known about Sarah Silverman:

If you’re not easily offended, check out Silverman’s stand-up comedy below:

About the Author: Cristina Serra

Cristina Serra goes to Georgetown University and is an expert tampon buyer.