The icon of feminism and women’s liberation is our QUEEN SHEVA of this Wednesday. A leader and a fighter: Gloria Steinem. 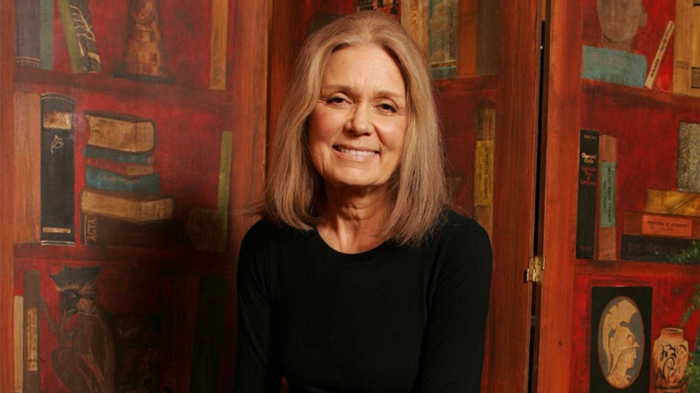 Gloria learned early in life the inequality of treatment towards women. When her parents divorced, her mother had trouble keeping a steady job due to the general hostility towards working women during the 1940’s. She saw firsthand the core of social injustices. Being an activist ran in her blood, her grandmother Pauline Steinem was a chairwoman of the National Woman Suffrage Association and a delegate of the 1908 International Council of Women.

Having a hard childhood, Gloria went on to graduate from Smith College with a degree in government, a non-traditional career for women at the time. After graduating she became a freelance writer and the editor of Esquire gave her an assignment of contraception in 1962. The article that made her famous was “A Bunny’s Tale” featured in Show Magazine, in which Gloria had gone undercover as a Playboy Bunny at the New York Playboy Club and she wrote about the working conditions of women.

During her assignments, she started to get see the need for a feminist movement because she realized that things that had happened to her (sexual harassment at work) were happening to women all over the country. And it was after an abortion hearing that she got involved into creating the movement and being the voice for that movement.

In 1968, she helped create New York magazine and in 1972 Gloria co-founded Ms. magazine as an independent publication. It was the first of its kind. It was directed towards women and talked about subjects like sexual harassment, domestic violence, body issues, and so many others. It was mostly about feminism and the social injustice towards women. She thought it was a great vehicle to talk about the issues and to explain them to the public, thinking that this would change everything. The first issue of the magazine sold out in a week.

One essay published in Ms. in 1978 that still hold truth today (38 years later) are the words of Gloria Steinem titled “If Men Could Menstruate”. Everything you read, is exactly the same today.. Except the part where she gives examples of tv shows and iconic male actors who are mostly dead today. Anyways, I believe if we get our hands on those magazine issues, we can relate to their words since most issues are still present today.

Gloria ran the magazine for 15 years. In 2001, Ms. was sold to the Feminist Majority Foundation and Gloria is on the advisory board. She’s now an avid activist for women’s rights all over the world and has sold countless copies of her books Outrageous Acts and Everyday Rebellions (1983), Revolution from Within (1992), My Life on the Road (2015), between others.

Gloria Steinem has received an endless amount of awards for her works and activist efforts, she is still found around the world fighting for women’s rights and voicing her opinion on issues like same-sex marriage, politics, transgender rights, social justice, equal pay, etc. Gloria is the epitome of a humanist and our QUEEN SHEVA of today.