A woman whose hips don’t lie and her mission to bring education to the entire world is our QUEEN SHEVA of this Wednesday. The poetic lyricist named Shakira. 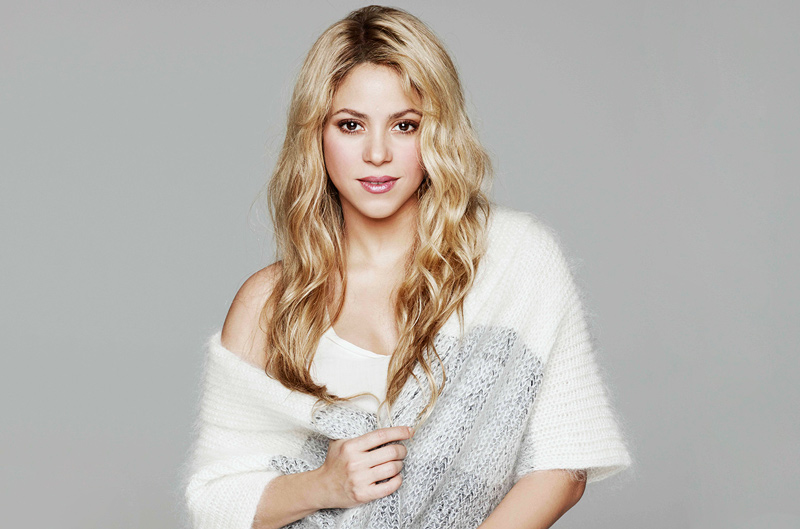 Shakira, born Shakira Isabel Mebarak Ripoll to Lebanese father and Colombian mother, wrote her first song at age 8. And at 13, she signed her first record deal with Sony’s Colombian division. With her first 2 albums flopping, Shakira decided to be more involved and take over the whole process of her albums. Her third album “Pies Descalzos” reached international success in Latin America and Spain. This time, she had implemented a more Rock and Roll feel with a mix of Arabic and Spanish pop. At 18, Shakira had finally found her sound.

With the success of her first album in 1997, Shakira created the Pies Descalzos Foundation to bring education to remote areas in her home country of Colombia. And in 2004, the foundation has evolved and implemented a comprehensive intervention strategy focused on providing quality & public education, improve the children’s’ nutrition, promote personal growth and sustainable development, building top-notch schooling infrastructures, and establishing supported schools as community centers via ‘Open Door School Strategy’.

In 2002, Shakira released her first English album “Laundry Service” and reached international success with her first single “Whenever, Wherever”. She had actually moved to Miami, FL with her parents to learn english so she could write her own songs. And she hired Emilio Estefan to be her manager and producer to help her make the crossover to the U.S. music industry. The album sold over 220,000 copies in just the first week. She had crossover and everyone around the world knew that Shakira’s hips don’t lie.

For the next decade, she went on to release several albums and songs for 2 FIFA World Cup (Waka Waka, This is Africa 2010 and La La La, Brazil 2014). She’s collaborated with countless superstars like Beyonce, Rihanna, Alejandro Sanz, Wyclef Jean, Carlos Santana, Pitbull, just to name a few.

While being an international artist, Shakira has also dedicated her time as a humanitarian and advocate to organizations with a mission to educate children in Colombia, Latin America and the World. As a UNICEF Global Ambassador, she advocates for the importance of political initiatives to invest in education. Shakira is also involved in ALAS, an organization created by prominent Latin American artists, business leaders and intellectuals in an effort to promote early childhood development like education and nutrition. And in 2011, President Obama appointed Shakira to the President’s Advisory Commission on Educational Excellence for Hispanics.

Shakira has written or co-written nearly all her songs and likes to be involved in every aspect of her music. She has said that she likes to be captain of her own ship and have control. A strong confident woman is a leader and we are ecstatic to have her as our QUEEN SHEVA of today.