The journey from model to advocate to activist, our QUEEN SHEVA of Today is improving the life of mothers around the world. The beautifully brilliant Christy Turlington Burns. 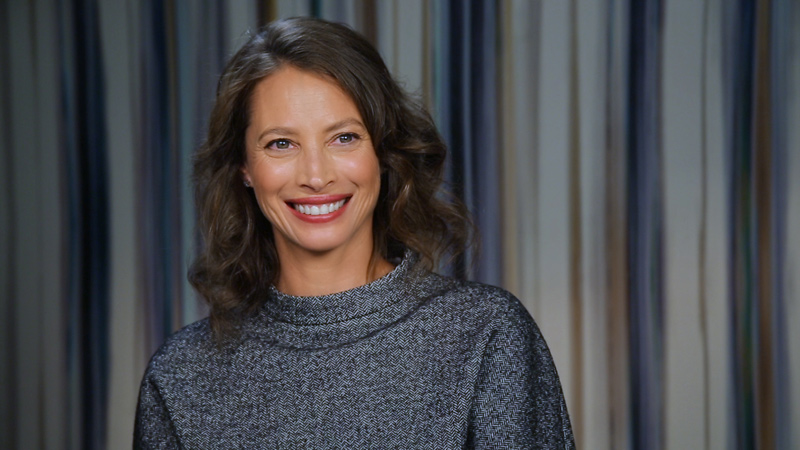 Christy Turlington grew up with a stewardess mother and a pilot instructor father, so traveling was in her genes. At age 14, while riding a horse, a photographer took some pictures and 2 years later she was signed by the famous Ford Model agency in New York. Her mornings were spent in school and her afternoons modeling, up until she graduated at 18 and moved to New York to continue her thriving modeling career. When Christy moved to New York she signed a contract with Calvin Klein, one of her first big modeling jobs and ended up being the face of the brand for the next 20 years. During the 80’s and early 90’s, Christy was at the top of the modeling industry and had been considered part of the “Trinity” of models at the time, which included Naomi Campbell and Linda Evangelista.

While she on a break from modeling and getting a degree at NYU, Christy’s father, a lifelong smoker, died of lung cancer in 1997. She quit smoking and reached out to the American Cancer Society, for which she became and advocate and filmed several public service announcements. People’s reaction towards her advocacy made her feel what it meant to do more meaningful work.

In 2002 she married, now husband, Edward Burns and in 2003 gave birth to her first child, a daughter. During childbirth Christy suffered postpartum hemorrhage, an event that sparked the start of her activism around the issue of maternal healthcare. She went back to school at the Columbia University Mailman School of Public Health to get a Master’s degree in Public Health and joined CARE in 2005 as advocate for maternal health. Christy traveled around the world visiting countries like Tanzania, Bangladesh, Swaziland, El Salvador, Peru, and learning about the work being done to reduce maternal deaths. Which lead her to release her first documentary in 2010 called No Woman, No Cry and the launch of the non-profit Every Mother Counts.

Today, more than 300,000 women die of complications during pregnancy and childbirth. Every Mother Counts is on a mission to educate mothers and midwives, to provide supplies for health centers and clinics, and to create more health centers in rural areas so women don’t have to travel long distances to reach a clinic.

Through different initiatives like running marathons, products, and donations, Christy and Every Mother Counts are raising funds because 98% of the maternal deaths are preventable. In 2015, Christy released her second documentary titled Giving Birth in America in an effort to bring to light the reality of maternal deaths and complications in the United States.

Today, Christy serves on the Harvard Medical School Global Health Council and is an advisor of the Harvard School of Public Health Board of Dean’s Advisors.

An incredible woman fighting for other women and their offspring is a leader and a woman to admire. We are honored to name her QUEEN SHEVA of this Wednesday in July.

Here’s a video with the first part of the documentary No Woman, No Cry: