This last week, the Abbey Theatre, Ireland’s National Theatre, came out with their season for the upcoming year. In its 10-play repertoire called “Waking the Nation” (a season dedicated to Irish Solidarity 100 years past the Republic of Ireland’s independence), only one was written by a woman. This upsetting exclusion of female artists resulted in public outroar by Irish women and men alike in a powerful movement for gender equality and opportunities for women in the arts. Accordingly, the #WakingTheFeminists Movement was born and continues to gain momentum in Ireland, on social media and throughout the artistic world. 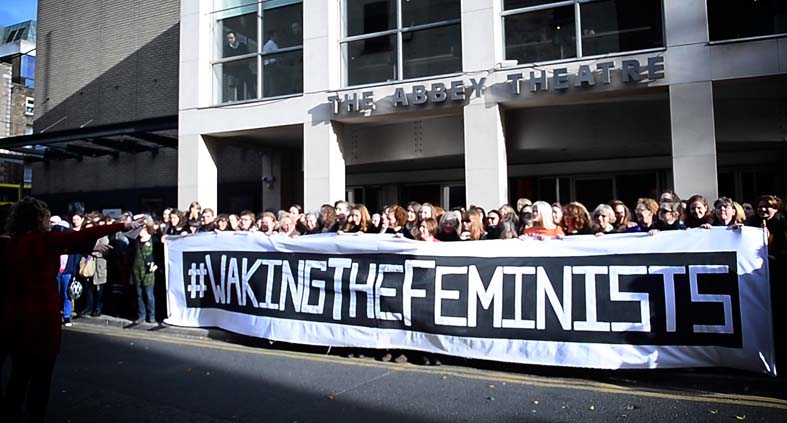 The exclusion of women from artistic opportunities is not a new theme. Viola Davis, a Queen Sheva from several weeks ago, spoke out about her own exclusion from lead roles due to the fact that simply no one was producing works with lead female characters. So… how can we help?

Promote art conceived by women to promote a balanced culture of gender equality. Use the hashtag #WakingTheFeminists and join a powerful community.

2. Do not be afraid to create!

We women are dissuaded from pursuing our artistic sides because, as previously mentioned, art produced by women is not as immediately accepted in our culture as art produced by men. STOP THIS. Create. Create until it hurts and then create something about your hurt. Let the world know that we women are not silent, and our art cannot be silenced. Combat destructive prejudices with creativity and production. 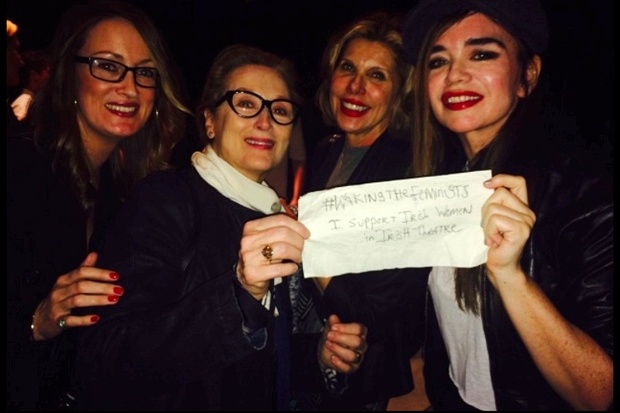 Meryl Streep, Christine Baranski and Debra Messing are only some of the global community to express their support of the #WakingTheFeminists movement. Now, it’s your turn.

Check out a video with statements from Irish actresses in the link below: