The gender pay gap should be a thing of the past

A lot has been said about the gender pay gap. The main conclusion is that it’s wrong, unfair and archaic. Getting paid less for doing the same job a man does is a form of discrimination. But what’s even worst is that the gap costs women around $490 billion per year. Is this the future we want for ourselves and for the next generations? 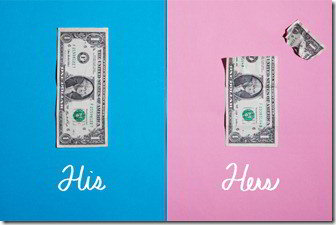 The gender pay gap is not a secret, on average men earn more money than women for doing the same work. According to the National Partnership for Women and Families, men make about $50,033 per year whereas women only earn $39,157. This means that for every dollar a man makes, women only get 0.78 cents (on average, of course, it can be less).

What’s more shocking is all the things women working full time jobs would be able to afford if the pay gap were eliminated. The list includes: 12 more months of rent, 86 more weeks of food for her family; 7.6 more months of mortgage and utilities payments; or 4,534 additional gallons of gas. 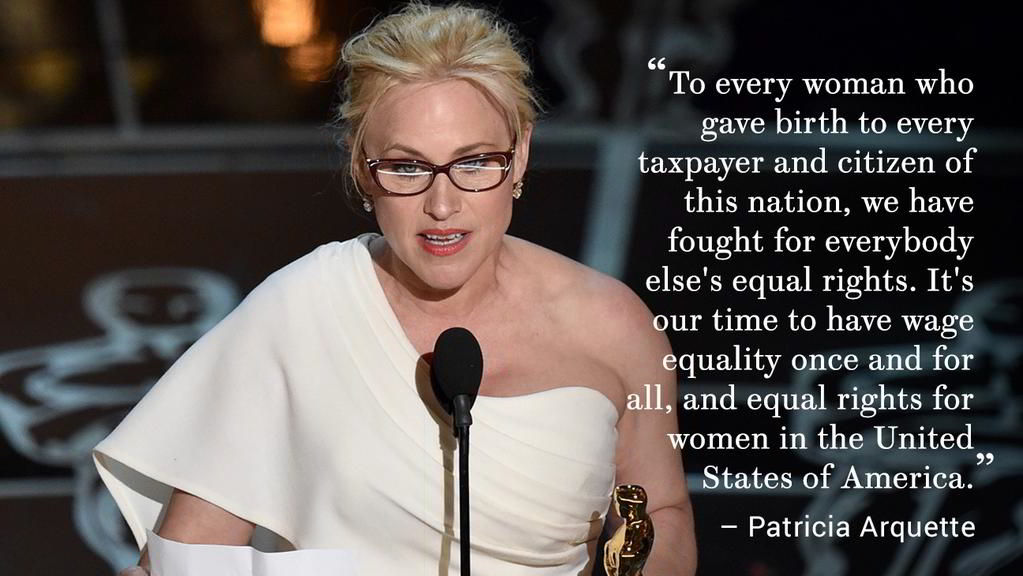 The only way I would ever consider getting paid less than a man for doing the same amount of work would be if shoes were proportionally cheaper. Say, instead of paying $100 for a pair of (insert your favorite brand here) I would just have to pay $78. 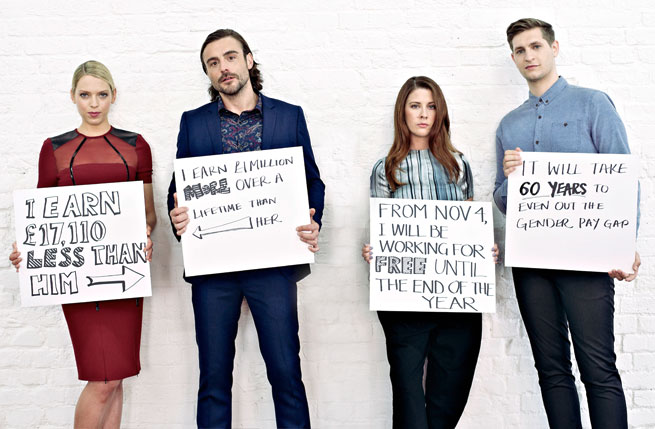 This issue doesn’t only affect women in the workforce; it’s a problem every single one of us has to deal with. Weather you’re still in school and are thinking about what career path you’d like to follow, or if you live in a home where a woman is the breadwinner, it affects us all. I’m sure every single employer –male or female– must have a mother, daughter, sister, friend, or wife whom they love. Who would want a loved one to earn less than what they deserve?

And if the magnitude of how wrong this is hasn’t hit you yet, there’s a high school girl who could teach us all a lesson. Resent graduate Caitlyn Cannon wrote the following on her yearbook: “I need feminism because I intend on marrying rich and I can’t do that if my wife and I are making 0.75 cents for every dollar a man makes”. 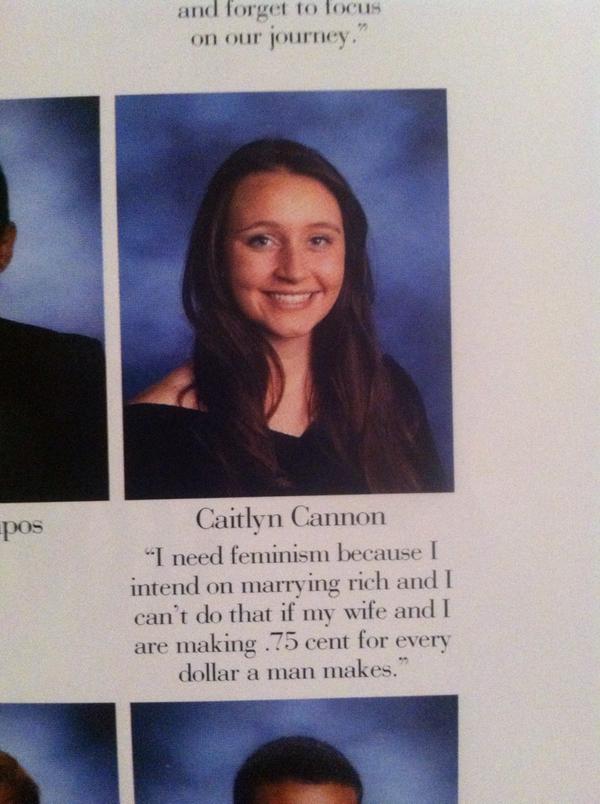 I think it’s the most genius yearbook quote I have ever read. Weather you’re a gay or straight woman, this girl should be your hero. So it’s time we stop fooling around and give women what they’ve earned.

About the Author: Ximena Enriquez

Twenty-something journalist trying to make sense of the world.