“My rap isn’t feminine, it’s feminist” is the strong statement made by our Guatemalan QUEEN SHEVA of this last Wednesday in March. She is the talented and poetic Rebeca Lane. 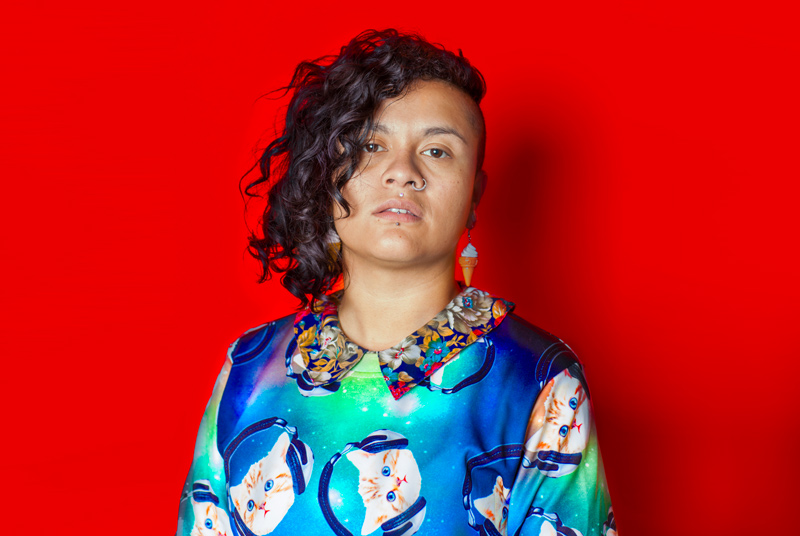 Born in Guatemala in the 80’s as Rebeca Eunice Vargas, Rebeca was named after her aunt who had been kidnapped by the government because of her political involvement in the guerrilla movement. Since a very young age, Rebeca has been engrossed in the injustices caused by the government during Guatemala’s 36 year Civil War (it only ended in 1996) by participating in the social movement as an activist. Through the years, she learned that women had it more difficult and got interested in feminism.

Rebeca met various groups of women speaking for women’s rights through music and theater. That is how she first dabbled in the art spoken word to later become a renowned hip-hop/rapper artist. Today, Rebeca has been part of several theater performances and plays, participated in Hip Hop Festivals that took her from Mexico to Ecuador, and has toured Latin America spreading her talents within the hip-hop industry.

When she first started in the hip-hop scene, she didn’t see that many women who rapped so, of course, her most common struggle was that people (mostly men) would call her a “feminine rapper” and would would not let her participate in battles, only when there were “female battles” which wasn’t very often. As a response, she released several songs like “Bandera Negra” (Black Flag) and “Poesia Venenosa” (Poisonous Poetry).

For the past 4 years, she’s been recording hip-hop songs, releasing albums and collaborations that speak about women’s rights, feminism, education, discrimination, sexual violence, and what not, with many different artists that include other Latin American hip-hop artists (who are women) and one of Guatemala’s favorite bands: Malacates Trebol Shop.

Rebeca is one talented super woman who’s won several awards and is constantly invited to speak at festivals and events. FYI, she’s also a sociologist which adds so much more to the words spoken through her songs. A QUEEN SHEVA indeed.

Also, check out Rebeca’s words on BBC, it’s in english!