A concept that embodies so much negativity and darkness. Even the word sounds harsh and unfriendly. Transparency International defines it as “…the abuse of entrusted power for private gain. It can be classified as grand, petty and political, depending on the amounts of money lost and the sector where it occurs“.

No government or complex institution has ever been free of it, unfortunately. It is part of Human Nature’s dark side: our corruptibility.

Corruption gets worse if it comes hand in hand with its ugliest sister: impunity –the absence of punishment. In Governments, these two can destroy entire countries and leave millions living in a state of poverty and injustice because the money destined for Public Services is taken for private gain.

This has been a general aspect of most Latin American countries, especially in Guatemala. This social phenomenon dates back to a couple hundred years in Guatemalan history. Society has evolved in a way that unfortunately, accepts and views corruption as a normal everyday activity.

Guatemalans have been historically governed by oppressing Governments. From several Military Dictators, to the Civil War era –when the Government was fully military- Guatemalans have been used to oppressing, authoritarian governments for generations. Freedom of Speech, Civil Society and Civil Vigilance were not common until a couple years ago. Military Governments found themselves without any opposition or balances which gave room for Corruption to metastasize into all Governmental institutions. Until now.

With the spread of Globalization, Guatemalans have started to wake up. This purge has been slowly gathering force. Young people are waking up and realizing that Corruption is not a normal thing to accept. Corruption must cause indignation, not stagnation and Guatemalan citizens have learned that it must be prevented.

This past April, Guatemalans were violently woken up after finding out that the former President Otto Perez and former Vice-President at the time, Roxana Baldetti (both now imprisoned and on trial for this case) allegedly participated in an organized crime case where hundreds of millions of Public money were distributed amongst elected officials illegally.

Civil Manifestations never seen before in Guatemalan history took place. Tens of thousands of people organized pacific gatherings outside of the National Palace to voice their discontent. Civil Vigilance was enforced and trial is underway. This was unprecedented in a country where the Government had never had an opponent. 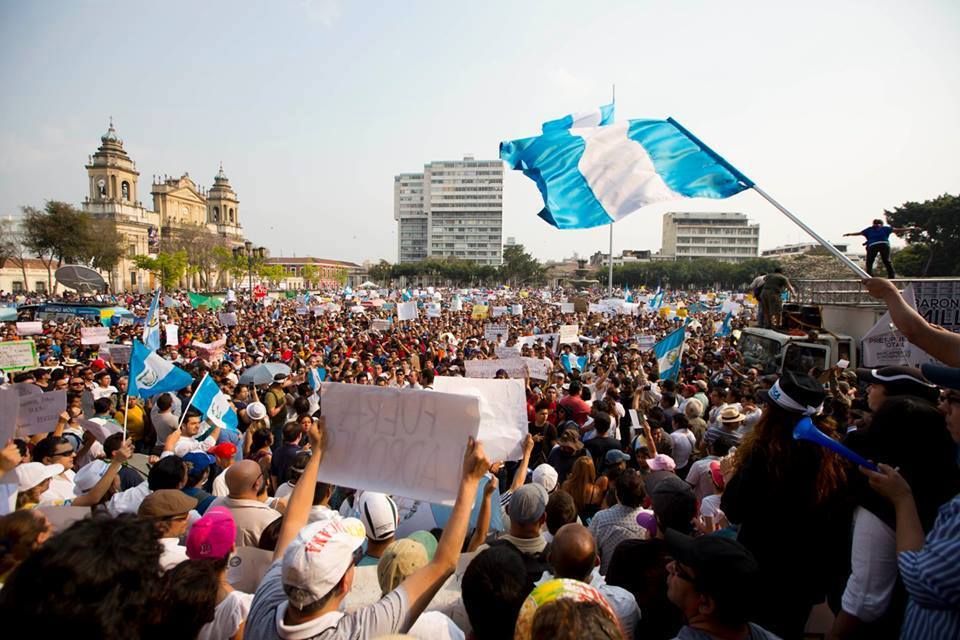 Of course, changing an attitude that has been present for so many generations is difficult in such a short amount of time, but times are changing. Social Media has played a big part in the promotion of Civil Participation. Massive Civil Movilizations were organized through Facebook and Twitter. Congress meetings are now being monitored by Civil Societies and Citizens. And it keeps gathering force.

Festival Anticorrupción or “Festival Against Corruption” has been organized by the United Nations in Guatemala with the support from our friends at RADIO SÓNICA, plus many other organizations. Musicians, painters, communicators, politicians and civil leaders will participate in this  event on Wednesday December 9th of this year. The purpose of it is to keep the interest of Civil Participation going after the massive civil mobilizations of Apr-Sep 2015 and generate even more interest in politics and governmental processes. Always keeping the fight against Corruption as the focal point.

SHEVA will participate in the activities for this Festival and will update our readers on what happens as Guatemala generates more consciousness on the fight against Corruption.