From Princess to Queen: The Reality of Disney Princesses

We could all agree that girls’ first role models in their lives are Disney princesses. People often argue that Disney doesn’t encourage women empowerment as they usually portrait women who need to be rescued by a man. Some people even say Disney movies make girls live in a world of fantasy and happy ever after endings. 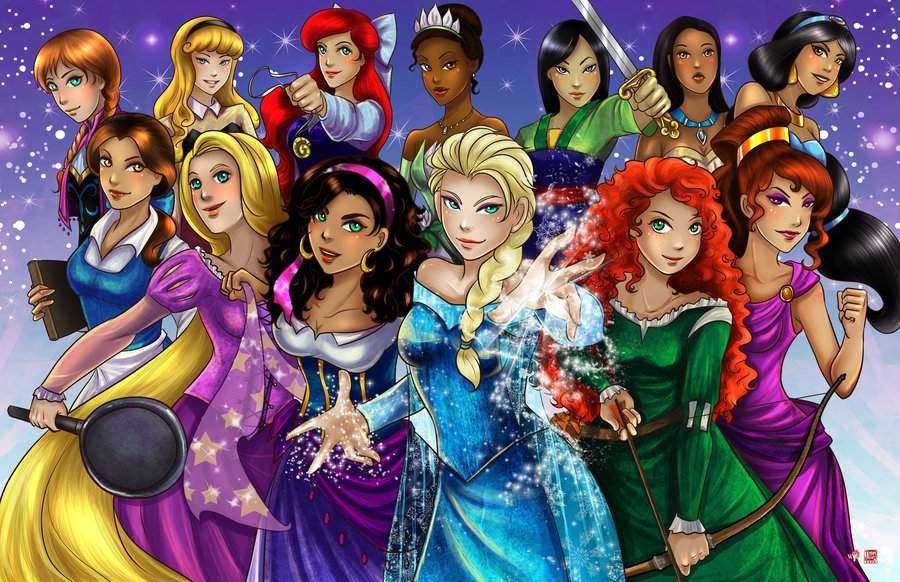 But what’ s wrong with wanting to be happy? What if I want to be girly like Cinderella, smart like Belle, generous like Snow White, rebellious like Ariel, strong like Mulan, free like Pocahontas  and powerful like Elsa? None of this depends on a man.  That doesn’t make me a weak woman who needs to be rescued. If you erase the part of falling in love and living happily ever after you would think: “Wow these Disney princesses are badass”. So I wonder why is it that being chased by  a prince automatically eliminates all those powerful qualities? Why is love and femininity associated with weakness and vulnerability?

What if we say that these Disney princesses have the capacity to save themselves. In the new Disney Movie Into the Woods the plot was changed a little. You see Cinderella escaping the palace and consciously leaving her glass slipper on the  steps so her Prince could have a first clue to find his way to her. What a way to choose your own destiny Cinderella!

What if I want to be a powerful and empowered women but also want to feel feminine like a princess? Let’s take for example Tiana in The Princess and the Frog, and realize that falling in love doesn’t mean sacrificing our dreams. I don’t want to be portrayed as a damsel-in-distress but still want my happily ever after.

Disney movies released in the last years follow the evolution of girl power. In the last Disney movies, Brave, Frozen and Maleficent, the prince doesn’t even make an appearance. These movies focus on important aspects of being a women such as motherhood, acceptance of our true nature, and forgiveness.

Feminism doesn’t mean women hating men, or women being better than men. It means equality, recognition and celebration of both unique and different traits.  On our way to define ourselves as powerful and independent women let’s not forget our femenine side. Let’s not confuse being a feminist with losing our femininity. Let’s not be princesses in need of a prince to rescue us but queens who make their own decisions and can save themselves. Let’s celebrate our femininity and enjoy these stories of powerful princesses with qualities of queens.

About the Author: Friends of SHEVA

These are a group of friends who contribute every now and then.